It’s important to note that there is a difference between an infertile egg and an unfertilized egg. An infertile egg is one that has been laid by a bird who is unable to mate or produce offspring. Even if this egg was fertilized, it would not produce an offspring.

In some species (like domestic chickens, ducks, even some female parrots), they do often lay eggs which have not been fertilized. However, most other birds do not. Wild birds will hardly ever lay unfertilized eggs. There are many reasons for this, most notably survival instinct.

In most bird species, during the breeding season, the female ovaries begin maturing oocytes in response to hormonal cascades. Oocytes are the immature egg cells of birds. They are formed when the ovaries mature at puberty and are responsible for creating new eggs, which will eventually be fertilized by sperm.

During the breeding season, the ovaries of female birds will enlarge considerably. They need to eat a lot of protein and fat for this to happen and for them to produce healthy eggs. How many eggs (or fertile eggs) they produce depends on the species.

Once the oocytes are mature ovum, they are released into the infundibulum (where the fertilization occurs). The infundibulum is a small, funnel-like structure found in the female reproductive system of birds. It is located at the base of the oviduct, and it receives sperm from males during copulation.

If there is no sperm present (females can store sperm in vacuoles in the oviduct) the mature follicle is resorbed and the ovum is this never passed down the oviduct (the process that would normally lead to egg laying).

The hard shell of the egg is only added last, once it is fertilized. This contains the calcium and other minerals and is added just before the egg enters the cloaca and is laid by the bird. The cloaca is a bird’s vent, or opening for waste. In birds, cloaca is used for urination and defecation as well as for reproduction.

Can birds lay eggs without mating?

Yes, any female birds can lay eggs without mating. Many do, and if you have pet birds, you might be surprised to find eggs in the cage without any male birds present. Because these eggs are not fertilized eggs, they will never hatch into birds.

In the wild, its very rare for there not to be a male bird for mating, unlike in domesticated birds, where males and females are usually kept separate. So once a bird is in breeding season, a willing male is usually about!

Why do some birds lay unfertilized eggs?

Domestic chickens are the most notable for laying eggs which are not fertilized, and this is for many reasons. A broody chicken will keep laying eggs until she has about twelve, and then she’ll stop laying eggs.

No other species of bird will lay as many eggs as chickens, and essentially this is why we have selectively bred them for maximum egg production.

Other bird species don’t keep on producing eggs like this and don’t tend to unfertilized eggs (again different from when they lay infertile eggs). Some breed of hens will lay a couple of hundred of eggs a year, but in the wild, they might only lay a few eggs a year.

How do you know if a bird egg is unfertilized?

With chickens, if there is a rooster present, you won’t know if the eggs are unfertilized eggs, but don’t panic, if you remove them straight away, chicken eggs will not have the appropriate conditions to produce chicks, as no development of the embryo can occur.

The only difference between eggs fertilized and unfertilized eggs is the presence of sperm. Any egg farmer will tell you, it’s perfectly fine to eat eggs that have been fertilized as the embryo won’t develop if you take it away from the brooding nest.

If you find eggs in a nest in the wild, it’s highly likely they are fertilized eggs. These eggs hatch into the next generation of birds. However, be careful, birds will often viciously defend their nest or brood from humans and other predators.

Take Away on Do Wild Birds Lay Unfertilized Eggs 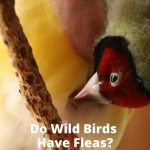 The Exotic Bird Guide: Everything You Need to Know About Exotic Birds 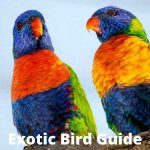 Do you know if wild birds get fleas? What about ticks and other parasites? Find out everything you need to know about bird fleas here!

Do Hummingbirds Migrate in Winter?

Although there are more than 300 hummingbird species, only a few migrate on a regular basis. Most North American hummingbirds migrate seasonally between northern breeding grounds and southern wintering sites. Migration typically occurs in the fall, as migrating hummingbirds head south to escape the cold weather. However, some hummingbirds do remain in their northern homes…