Yes, Wild birds can carry fleas, along with ticks and other parasites. These wild bird fleas are small insects that live on the bodies of birds and feed on their blood. They can cause problems for the birds themselves, including anemia and weight loss, however, birds have many ways to deal with them including preening, scratching and nest sanitation.

What are Bird Fleas?

Bird fleas are tiny insects that feed on the blood of birds by piercing through the bird’s skin. They live on the bird’s body, but they can also be found in their nests.

Bird fleas are small parasitic insects that feed on the blood of birds. They are dark in color and have long, slender bodies. Fleas can jump great distances and are very agile. A single flea can bite a bird several times a day.

Fleas can cause a number of problems for birds, including anemia, weight loss, serious health problems health and even death. Fleas can also transmit diseases to birds, such as avian influenza and salmonella, they can cause particular problems for young birds.

These fleas infect wild birds as well as pet birds. To prevent fleas from infesting your pet bird, keep your bird’s cage clean and free of debris. Inspect your bird regularly for signs of fleas, such as excessive preening or restlessness.

The fleas bite the bird to feed on its blood, which can cause anemia and even death in young or weak birds. In addition, fleas can transmit diseases from one bird to another.

There are four stages to a flea lifecycle, egg, larva, pupa and then adult.

The adult flea lays eggs on the feathers of the bird. Flea eggs are often difficult to find on an infected bird because they are small and often attached to the host animal’s fur or feathers.

These eggs fall off into the nest or other safe place where the fleas hatch into larvae. The larvae do not have wings, but they look like small white worms and live for about two weeks before turning into pupae, though very hard to see with the naked eye.

The pupae are brown or black and shaped like an upside-down jellybean. When they become adults, they are only about 2mm long and have wings full of tiny hairs that help them fly around easily.

The pupa then turn into adult fleas and so the cycle continues.

Can bird fleas live on humans?

Yes, but only for a short time. Bird fleas are not well-adapted to living on humans and will usually die within a day or two.

However, they can bite humans and may cause irritation. If you have a bird flea infestation in your home, it is best to contact a pest control professional to get rid of them.

The good news is that most of the fleas that birds have are specific to birds and can’t live in humans or other mammals. This means that if you’re not a bird, you don’t have to worry about picking up fleas from your feathered friends.

What kind of fleas do birds have?

Fleas are tiny little parasites that live off the blood of mammals and birds. There are many different types of fleas, but most birds have the same type of flea: the avian flea .

Birds will also have ticks, mites (face mites and feather mites) and lice.

Do fleas live in bird nests?

The flea is a small insect that can be found living in the nests of birds. Fleas are parasites that live on the blood of mammals and birds. They feed by piercing the skin of their host with their large mouthparts and sucking up blood. Some fleas also feed on plant juices and excrement.

How do birds deal with parasites?

Birds rid themselves of parasites in several ways, depending on the bird species and whether they are ground dwelling bird populations or tree dwelling.

There are a variety of different ways that birds deal with parasites. Some of the most common methods include preening, nest sanitation, anointing, scratching, sunning, and dusting.

Most birds deal with parasites by preening. Preening is when a bird uses its beak and feathers to clean itself. One way is by using their beaks and feet to groom themselves regularly.

Birds like the American robin will use their claws to pick at any parasites that might be clinging to their feathers, while other species will use their tongues as a kind of comb—they’ll lick themselves, then swallow whatever they find!

Birds preen other birds as well as themselves. Preening helps to remove dirt, dust, and parasites from the feathers, as well as spread oils from the uropygial gland (called “preen oil”) throughout the plumage. This helps keep the feathers flexible, waterproof, and aromatic.

Preening is the best way to reduce the flea population and many birds control the flea problem by preening continually.

Another way that birds deal with parasites is by practicing good nest sanitation. This means that they keep their nests clean and free of any parasites. They’ll will clean through the nest and eat adult fleas and any flea larvae they find.

Some birds will even build new nests or nest boxes every year to make sure that their homes are parasite-free. Bird species, like house wrens, will do a spring clean and each nesting season they will completely remove the old nesting materials, and rebuild with brand new materials.

Some birds also use anointing to deal with parasites. Anointing is when a bird rubs its body with a substance that helps kill any parasites. Some of the substances that birds use for anointing include oil, dirt, and even feces.

Scratching is another common way that birds deal with parasites. When a bird scratches, it helps remove any parasites that might be on its body.

Scratching also helps the bird’s feathers to stay healthy and free of any parasites. Parakeets, parrots and other Hook bill birds will often use their claws for scratching to get rid of fleas.

Sunning is another method that birds use to deal with parasites. When a bird suns itself, the heat from the sun helps kill any parasites on the bird’s body.

Sunning also helps to dry out any moisture (by exposing them to ultraviolet radiation) that might be on the bird’s feathers, which can help prevent parasites from getting on the feathers.

Dusting is another method that birds use to deal with parasites. When a bird dusts itself, it helps to remove any parasites that might be on its body.

Dusting also helps to keep the bird’s feathers clean and free of any parasites.

Biting is a less common way that birds deal with parasites, but it can be effective. When a bird bites a parasite, it helps to kill the parasite and remove it from the bird’s body.

Biting can also help to prevent the parasite from laying eggs on the bird’s feathers.

Birds will also eat fleas of other animals, in a process known as heterospecific cleaning where they pick fleas of another animal (bird or mammal) and eat them.

Heterospecific cleaning can be seen in many different kinds of birds: robins, blue jays, blue tits, woodpeckers, hummingbirds, and more.

In some cases, it’s thought that this behavior may be related to mating rituals or territorial defense; in other cases, it may simply be because the birds are unable to reach certain areas of their bodies on their own.

What Can Bird Owners Do if Their Pet Birds or Pet Parrots Get Fleas?

First, try to remember to clean the cage daily. This will help to prevent the fleas from multiplying and getting out of control.

It will also help you to keep an eye on any signs of infestation so that you can take action right away if necessary.

If you do notice you are infested with fleas its important to take action quickly, as fleas can quickly spread.

If you do notice signs of a severe infestation, such as redness around your pet’s eyes or legs, or bald patches on its body, try cleaning the cage with baking soda or vinegar solution. Then rinse it well with warm water and let it dry completely before putting your bird back inside.

If you have other pets or other animals (cats, dogs, chickens, whatever!) it is important to clean everywhere! Diatomaceous earth is great for outside pets, it will kill the avian flea before it finds a suitable host.

Diatomaceous earth is a natural product made from the fossilized remains of algae, and it’s non-toxic to humans, pets, and birds. It gets rid of pests by dehydrating them.

Take Away on Do fleas live on wild birds?

In answer to the question, can birds get fleas, yes both wild birds and pet birds can get a flea 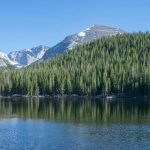 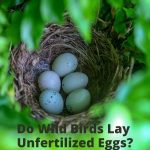 Do Hummingbirds Migrate in Winter?

Although there are more than 300 hummingbird species, only a few migrate on a regular basis. Most North American hummingbirds migrate seasonally between northern breeding grounds and southern wintering sites. Migration typically occurs in the fall, as migrating hummingbirds head south to escape the cold weather. However, some hummingbirds do remain in their northern homes…